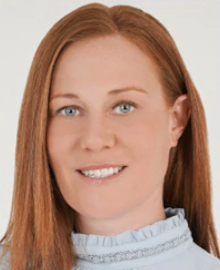 Erin Carachilo brings over 20 years of experience in consumer products and retail to the cannabis industry. Erin began her career in public accounting before becoming an integral member of the strategic team at FAO Schwarz, serving as the Vice President of Finance, where she made significant contributions to the company’s growth and strategic plan. Prior to joining Calyx Peak, Erin served in several roles at IT’SUGAR, the 100-store candy retailer, including heading up Retail Store Operations.

With her experience in financial planning and analysis, fiscal operations, technology integration, internal controls and inventory management, Erin implements mainstream business best practices in the cannabis industry. Erin holds an MBA from Villanova University and a Bachelor of Science from Widener University.

Prior to his role at Calyx Peak Companies, Michael has over 20 years’ experience as a global financial expert and was last at Goldman Sachs as Managing Director of Technology Research.

He has worked on financial analysis, competitive analysis and worked with his clients with total annual revenues of $400B. During his time in Korea, Michael also worked with the Korean Broadcasting Commission as an informal consultant on new CATV home shopping regulations and often provided feedback to the Korean Ministry of Commerce, Industry, and Energy on how to improve the operating environment for small and medium-sized businesses. In addition, Michael is principal and founder of a commercial real estate company in Ontario, Canada and has a BA with Honors in Economics from Queens College. 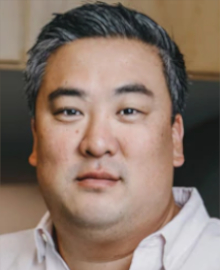 Howie has over 20 years of experience in global equities - in New York City and internationally out of Hong Kong. He has had trading and leadership roles at Cantor Fitzgerald, Knight Capital Asia, Credit Suisse, Kim Eng Securities, Lava and Citigroup. At Calyx Peak he oversees Business Development, M&A, legal and Compliance.

Howie graduated from Vassar College with a BA in Economics. 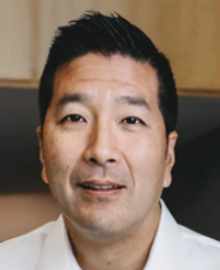 Dr. Song is a 20-year physician radiation oncologist by trade. He has served as Chief Medical Officer (CMO) to ATGen Global and NKMax since 2014, overseeing and providing clinical and regulatory support into the major aspects of clinical trials and investigational applications at this prominent biotech company. Dr. Song previously acted as CMO for Cynvenio Biosystems in Thousand Oaks from 2015 to 2017, overseeing the application of Cynvenio’s technology into daily clinical practice as well as directing clinical trials.

In 2013, Dr. Song was the first Visiting Fellow on health policy to the California Department of Insurance. He has also held numerous roles with increasing seniority at Berg Health. He was formally Executive Chairman of the Courage Campaign, a progressive organization of 1,200,000 members. He was also a National Board of Physicians for a Health Program. He recently left Cedars-Sinai Medical Center Radiation Oncology department. 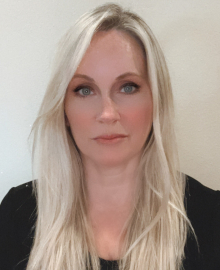 VP of Sales and Distribution - California

Nicole joined the Calyx Peak team with 25 years operations experience. Starting her career in retail store support for Epicor Software leading teams in both their helpdesk and distribution center departments. She then joined RMS Medical Products streamlining their medical device manufacturing plant. It was in this role that she developed a strong passion for operations while focusing on transitioning and engaging production teams from manual to automated processes. Nicole continued her career and held multiple roles at UnitedHealth Group where her major contributions were driving improvements taking their STAR rating with Medicare from 6th place to ranking #1 in the healthcare industry and leading 20+ cost savings strategic initiatives in Optum's Home Delivery Pharmacy resulting in $26M annual savings. Additionally, Nicole took her passion and expertise to Deutsche Bank serving as Vice President of Operations for their document custody operations where she redesigned their production processes to strategically and drastically improve their performance and position them for future growth.

As an operations professional, Nicole is noted for leading customer centric and globally distributed operations with continuous improvements in people, processes, tools, and technologies. Nicole completed her degree at the State University of New York majoring in Mathematics. 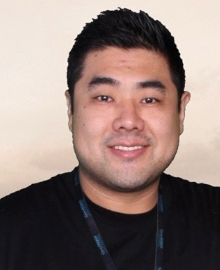 Jason Wang brings over 15 years of experience in sales and hospitality into the cannabis industry. Jason began his career in the pharmaceutical industry leading his division in sales while helping launch a new medication nationally. He then moved into the hospitality industry in Las Vegas opening four major venues within MGM Resort properties. During Jason’s time in the Cannabis industry, he has launched 4 concentrate brands and opened 5 retail licenses in the West Coast. Jason will bring a wealth of experience with product sourcing, product development, and branded marketing to the Calyx Peak Team.

Jason graduated from the University of California – Berkeley with a BA in Political Science. 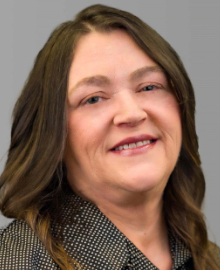 Mary Kate has been an HR executive for over 25 years in the Consumer Products and Retail industries.  She was the Corporate Director of Human Resources for Lenox Corporation, the premier tabletop, bridal and gift company for over 20 years.   Most recently she spent 5 years with IT’SUGAR, a national candy retailer with over 100 doors in 39 states in the US as their Director of Human Resources.   She has overseen all areas of HR, including Staffing, Employee Relations, HRIS/Payroll management, Legal and Labor Law Compliance, Benefits Administration, Change Management, and Training & Development to name a few.  She has been a Leadership coach to top level executives at both Lenox and IT’SUGAR.

Her broad and extensive experience in Human Resources and her ability to be an effective business partner drive her career successes, and help to enhance employee engagement at al levels of the organization. Mary Kate has a Bachelor of Science in Business Administration with a concentration in Human Resources Management from Rider University. 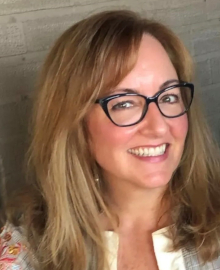 Stacy has more than 25 years of experience in operations, sales & marketing for such notable brands as The Walt Disney Studios, Wolfgang Puck Catering, Live Nation & Cerner. Since 2018 she has focused on the cannabis industry as a researcher & technical writer, assisting with all aspects of securing more than 18 dispensary, manufacturing, and cultivation business licenses. She is proficient in writing and tracking SOP’s for highly regulated industries. 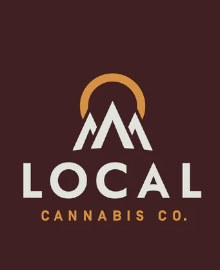 From 2015 until 2019, John Chiang served as California’s 33rd State Treasurer. As the state’s banker, he oversaw trillions of dollars in annual transactions, managed a $75 billion investment portfolio, and was the nation’s largest issuer of municipal bonds.

Prior to being elected Treasurer, Chiang served as State Controller from 2007 through 2014. During the Great Recession, he took steps to preserve cash to meet obligations to education and bond holders. His cash management decisions —which included delaying payments and issuing IOUs — were instrumental in keeping the state’s credit rating from plunging into junk status, and his actions saved taxpayers millions of dollars. Additionally, Chiang aggressively used his audit programs to identify more than $9.5 billion of fraud, waste and abuse in government programs, the most by any Controller in California’s history.

In 1998, he was elected to California's Board of Equalization and served two terms, including three years as chair.

Chiang graduated with honors from the University of South Florida with a degree in finance and received his law degree from the Georgetown University Law Center.

He served two terms as California’s Insurance Commissioner from 2011 to 2018. During that time, he led California’s largest consumer protection agency and was responsible for regulating the largest insurance market in the United States where insurers collect $310 billion a year in premiums and have $5.5 trillion in assets under management.

Prior to serving as Insurance Commissioner, Jones served in the California State Assembly (2004-2010), as a Sacramento City Councilmember (1999-2004), as Special Assistant and then Counsel to United States Attorney General Janet Reno (1995-1998) and provided free legal representation to low income families and individuals with the non-profit Legal Services of Northern California (1989-1995).

In 1995, Jones was one of 13 Americans awarded the prestigious White House Fellowship in recognition of his academic, civic and professional accomplishments. He holds degrees from DePauw University (B.A), Harvard Law School (J.D.) and Harvard’s Kennedy School of Government (MPP). He is also currently the Director of the Climate Risk Initiative at UC Berkeley’s Center for Law, Energy and the Environment (CLEE) and a Senior Fellow at The ClimateWorks Foundation.

Since 2014, he has been involved in the cannabis industry as Director of Cultivation and Ag Tech for MedMen. Recently he left MedMen to start his own horticultural consulting company, Plant Geek Consulting. B.S. in Plant Sciences/Crop Production from University of Arizona’s College of Agriculture.